It’s the end of the line today. I’ve reached a decision. The name of Jim Winter will be no more.

I know. I just shocked the four of you who still read t 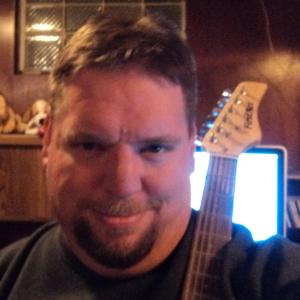 his blog. So what’s going on?

I no longer have time to maintain two identities as a writer and worry about my day-job career and attempt to start a new business. I’ve talked about getting pulled in too many directions at once before. But with writing science fiction as “Dick,” it’s one more direction that’s exerted an even greater pull than it did before I graduated college last month.

So who is the Dick Bachman to my Steve King? Well, in reality, Jim Winter is the Richard Bachman name. I just never told many people for the last 15 years. My real name is TS Hottle. Why did I go by Jim Winter?

Hey, I thought I was going to be the next Dennis Lehane and didn’t want to get mobbed in Kroger. G’wan. Ask me how well that worked out. But hey, it worked for Lee Child. I knew him for about four years before I found out his real name. (It’s Jon Stewart. Now you know why he’s leaving The Daily Show.)

So I suppose that leaves a few things hanging.

What about Nick Kepler?

Nick is pretty much done. I said as much when Gypsy’s Kiss was released. I wanted to move on.

Will your books remain available?

Yes. They will. Those books have made me a good $2-3 a month for some time now, and I would never kill a source of steady income. I do plan to redo the print books to fix some formatting issues. (Apparently, some of you thought the text change near the end of Road Rules was a mistake. No, that was on purpose, but no one seems to have realized that.)

What about Holland Bay?

Holland Bay remains a novel I am very proud of. I worked hard on it, and I don’t want to see it just gather dust in a drawer for the rest of my life. Eventually, I will release it. Whether it will be as Jim Winter or some other name remains to be seen. And I sent it to a publisher. If they pull the trigger, we’ll figure it out then.

Will you release anymore material?

I have some shorts, some of which appeared here, that I will probably release in the next few months. I also still want to release The Kepler Omnibus. But the science fiction work has an ambitious schedule that I have to stick to in order to build an audience. I also have two more posts over at Sleuthsayers to finish before I call it a pen name. Hey, I’m a believer in giving notice, even if there are days I almost don’t go back to work.

So where is this… TS Hottle you speak of?

Glad you asked that. He…  Er, um, I… can be found here pontificating on science fiction and indie pubbing and IT and beer and… It’s kinda like this blog, only not as ranty. (Hmm… Ranty. Now I know what I’m posting next week.) I am working on a series called The Compact Universe about a not-so-Trekkish future for humanity. If you’d like to get the latest on this, you can subscribe to the newsletter. Do it by June 7 (Holy crap! That’s Sunday!) and you can have the first episode free of The First One’s Free, a novella that serves as the series first season. (See what I did there? I named the first novella The First One’s Free, serialized it, and made the first episode free. Get it? Huh? OK, you had to be there.)

So come on over. It’s still me. I’m just not carrying a fake ID anymore, and I’d love to bring some of you along for this wicked ride I’m going to be on.

What about this blog?

I’ll leave it up for a while. For starters, the last two times I moved or killed a blog, someone cybersquatted on the domain and used it for… I’m not really sure what they used it for. Besides, people have found things here interesting. I may take it down eventually, when it no longer matters.

Social media will start going dark eventually. It’s hard to maintain two Twitter accounts, two Facebook pages, and still have time to neglect all the other social media I don’t like and don’t pay attention to.

So you’ve given up?

15 years. If that’s not your definition of patience, I’m very, very confused.