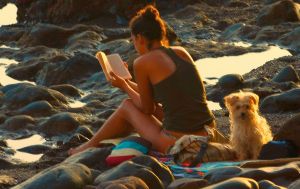 The other night, I got a message on my phone about Bad Religion. It surprised me. Not just because it was about one of the Kepler novels, either. I had not heard from this woman since I graduated high school. I’d been pretty good friends with her brother. We were scifi nerds together, watching Star Wars and Star Trek together. He favored Japanese monster movies. I was snooty and leaned towards 2001. But that was high school and several presidents ago. We had all moved on.

My friend had gotten married, moved to another state, and, like me, moved into IT. Aside from the odd Facebook post, I doubted we’d ever really meet again unless the stars aligned come class reunion time. So imagine my surprise when, after nearly [*redacted*] decades, I get a Facebook message out of the blue.

“Just finished Bad Religion. Very good! Looking forward to the rest! Way to use that crazy imagination of yours.”

My friend’s brother and I used to do our own version of Star Trek as kids, often in each other’s basement. Yes, before that one room was my bedroom, it was the bridge of a starship. We also used to drop action figures into glasses of water and put them into my parents’ full-sized freezer. Why? We were putting Mr. Spock and Luke Skywalker into “suspended animation.” (We also got into fights over Judy from Lost in Space. We were dorks.) So, yeah, the crazy imagination goes back decades and spans multiple genres. Don’t laugh. I very nearly became a vampire writer in the late 1980s.

But to hear from my friend out of the blue was amazing. I asked for (and got) a review on Amazon. At a time when crime was beginning to look like a dead end, I got some validation from a very old source. It sort of confirms what I’d forgotten from back when Northcoast Shakedown was an honest-to-God published book: You have to talk to people about your book. Not get in their faces or make every conversation about it, but genuinely talk about this thing you created and sweated over. Show them your enthusiasm. Thank them if they liked it. Be genuine.