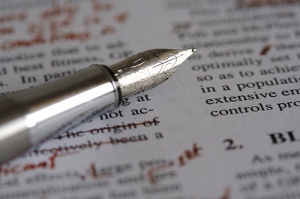 I spent December reducing Holland Bay down to two POV characters. This also had the effect of paring down the manuscript from 90,000 words to 60,000. The ideal size of a book from a first-time trad published author, which is the set of rules I have to play by, is between 70-80K. The nice lady who wants to be my agent said 75,000.

So back in went a couple of subplots. Was it hard?

The hard part was creating original scenes to revamp the altered main plot lines. One character, a corner boy moving up in the city’s drug operation, had scenes written to put him in earshot of the higher ups to preserve the politics of gangland business. Only a few scenes were altered to raise the profile of the other protag, a female cop named Branson. I did preserve a minor POV plot by a stripper who works for the city’s drug lord as what happens to her and her reaction to it plays a pivotal role in the story’s climax. I also put back in a reduced subplot featuring Branson’s eventual partner as he interacts with her more in the later. Finally, I stripped down a minor subplot from late in the previous version featuring a shooter from a rival gang.

As of Sunday morning as I write this, the manuscript is back up to 71,000 words. Can I add more?

Yes. I have to be careful, however. Done wrong, it’s padding. Done right, it’s bringing the reader deeper into the story. And, of course, I have to remember not to think of this at the final version. In traditional publishing, it ain’t finished until it’s published.

And we’re still a ways off from that happening.