If there are two things I won’t miss about 2010, they are the midterm elections and unemployment.  The former ends in November, when reality sets in for all the obnoxious fear mongers who get themselves elected.  Yes, Rand Paul, the rest of the Senate doesn’t love you like half of Kentucky voters do.  The latter?

So what was cool?

Since making changes in the brand that is Jim Winter a couple of months ago, I decided that Road Rules will go up for sale after all.  But I’m leaving it free until June of 2011, since I originally said this was a free novel.  But now the big question.  If you have a Kindle, how much is Road Rules worth to you? 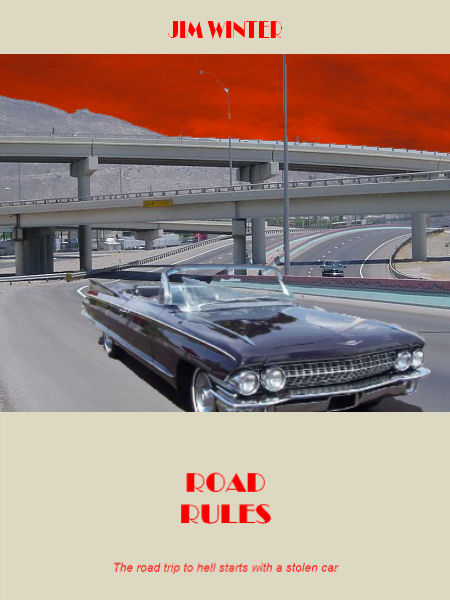 [Originally posted on Northcoast Exile, December 24, 2006]I pulled on Santa’s sleigh
Christmas Eve was dark, and the snow fell like cocaine off some politician’s coffee table
Rudolph looked to the sky. He had a shiny nose, but it was from too much vodka
He said, “Boys, it’s gonna be a rough one this year.”

I pulled on Santa’s sleigh
The elves scrambled to pack up the last of the lumps of coal for deserving suburban brats
And a bottle of Jamie for some forgotten soul whose wife just left him
Santa’s like that. He’s been there.
Oh, he still loves Mrs. Claus, a spent piece of used sleigh trash who
Makes good vodka martnis, knows when to keep her mouth shut
But it’s the loneliness, the loneliness only Santa knows

I pulled on Santa’s sleigh
And the workshop reeks of too much peppermint
The candy canes all have the names of prostitutes
And Santa stands there, breathing in the loneliness
The loneliness that creeps out of the main house
And out through the stables
Sometimes it follows the big guy down the chimneys
Wraps itself around your tannenbaum and sleeps in your hat