Excuse me, but I’m paying for your stadium, so you owe me, the taxpayer, some of your time and attention.  And speaking of time, the time to permit you any more excuses has come.

Last season, we thought it was over.  The Bengals made it to the playoffs with the promise of going deeper in the 2010-2011 season.  Well?

The lost 49-31 to the fracking Buffalo Bills?!?!?!? They’ve dropped eight straight?  What gives?  Not only do you have the same talent as last year, but you added TO and Pacman Jones.  At the moment, Pacman and Cedric Benson are about the only two players worth a damn now.  Naturally, Pacman’s injured (but to his credit, staying out of trouble.)  You no longer have a team.  You have a group of highly talented football players who can go to the Superbowl if they actually played as a team.  They don’t.

So the time has come Mike.  Here is your homework assignment:

It’s Thanksgiving here in America, a day where most of us give thanks for what we have.  When I say most, one particular avian species is excluded for obvious reasons. 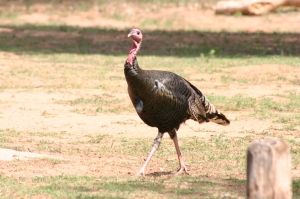 Yet when I gaze upon this bird, I am most thankful that natural selection altered the turkey’s ancestor to the point where it’s no longer on top of the food chain. 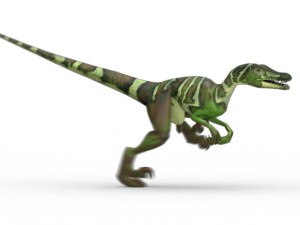 Yes, that’s right.  Thanks to millions of years of mutations, the velociraptor has evolved – or maybe devolved – into two distinct species of bird, one of which we will dine on this afternoon.  The other spawn of raptor is frequently found extra crispy in the presence of 11 herbs and spices.  T Rex would be pleased.

But what else am I thankful for?

Well, for starters, I’m thankful for my family, Nita and AJ.  It’s been nearly three years, now, since Nita and I got together.  I can’t really imagine my life before her, nor can I imagine a time when I wasn’t a step-parent.

I am thankful I’m relatively healthy, even if there’s more of me than there should be.  I have nothing wrong with me at the moment that keeps me from working or leading a normal life.  And really, most of my health problems can be summed up in one phrase:  “Dude, you’re fat!”  I’m working on it.  Just not today.  Dieting on Thanksgiving?  That’s just crazy talk! 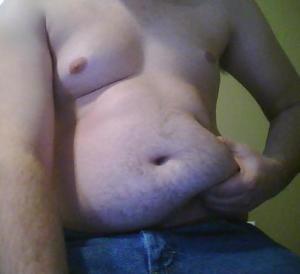 I am thankful to be employed.  I may be swinging from contract to contract until I can land a long-term assignment or a permanent job, but I didn’t get laid off until late in the Great Recession.  Granted, the recovery is glacially slow, but it beats the hell out of a second Depression.  (And no, I don’t want to hear what Glenn Beck says on the matter.  He’s just yanking your chain anyway.)  The fact is, I was handed a severance check, was able to find contract work almost immediately, and, with the exception of walking off a bad job this past summer, have worked steadily since August.  I won’t lie and say it’s been easy and painless, but it’s manageable.

Despite the rancor, the loss of prestige, the uncertainty, the fear, and the Forever War we seemed to be mired in, I am thankful I live in America.  War, plague, and famine haven’t touched our shores in a very long time.  The things we call out our leaders over are damned polite compared to what other places in the world have to endure.  I don’t share my fellow citizens’ need for a boogie man, nor do I think we’re any better than anyone else.  We’re just damned lucky.  That luck can continue if we stop eyeing everyone else suspiciously or acting like any change is a threat.  Change happens.  Embrace it.  Otherwise, it will run you over.

I am thankful I can write.  And I’m thankful people will read what I write.  I may have curtailed my crime fiction activities and taken on a different approach.  And now, it’s not about getting a big contract, chasing markets, or awards.  It’s just about writing what I want and subbing the best stuff for everyone to read.  Pretty liberating when you stop caring about making any money off it.  Ironically, I probably will start making money now.  Go figure.

I am thankful for vets.  I never got a chance to serve.  (Note to military recruiters:  Don’t send your recruits to the induction center when they get the flu.)  But I’ve always been thankful for those who did:  One grandfather, two uncles, a handful of cousins, an ex-brother-in-law, countless friends.

No matter where you are, whether you are here where we give thanks by pigging out or somewhere else where you have to go to work today, if you have friends or family close to you who make your life worth living, make sure you thank them. 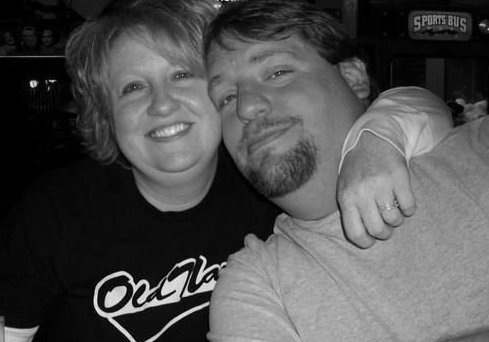